A mother and daughter have been dragged from their own restaurant in handcuffs for allegedly failing to comply with Western Australia’s Covid vaccination rules.

Topolinis Caffe co-owner Jodie Jardine, 51, and her daughter, 22, spent much of Monday night in jail after their restaurant in Warwick, north Perth, was raided by a dozen policemen.

Both men have been charged under the Emergency Management Act for allegedly working at the family’s Italian restaurant when they were unvaccinated.

Ms Jardine’s husband Phil, with whom she owns the restaurant, complained that non-vaxxers are ‘segregated like Jews in Germany’.

Under WA’s mandatory requirements introduced on Jan. 31, all hospitality workers in the state must be given a double dose or face heavy fines and even jail time. About 93% of people ages 12 and older are fully immunized in the state.

Ms Jardine bizarrely claimed that by not being vaccinated while at work she was ‘defending the future of our children’.

Topolinis Caffe co-owner Jodie Jardine, 51, and her daughter, 22, (pictured with her husband and co-owner Phil), spent much of Monday night in jail after being arrested and charged over alleged violations of covid 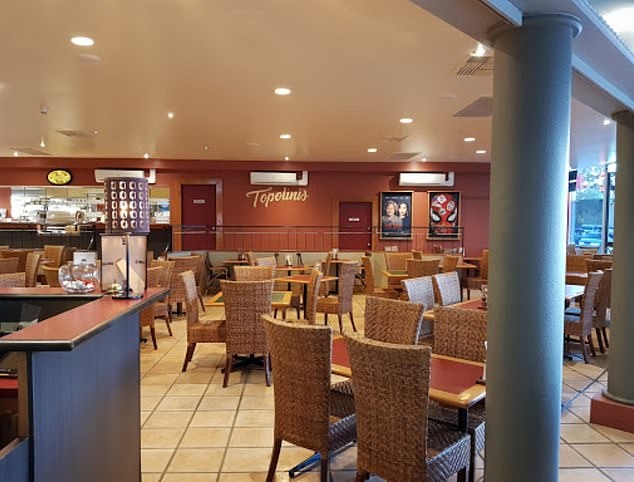 A ‘wall of police’ descended on the restaurant which has been operating since 1998, around 5.30pm as a ‘standoff’ between police and staff began.

Eventually, the unpunched duo were arrested and taken outside by officers in waiting cars.

Later that evening, mother and daughter were finally dropped off at the restaurant to the cheers of a waiting crowd.

“It’s a mother and daughter and we were in the cell,” Ms Jardine said.

“We’re going to have to tell my grandson…we got arrested for him because we stand up for our kids and my grandkids, that’s what I do. I stand up for the future of our children and if we don’t, we won’t have a future.

‘I don’t know what’s going to happen with the restaurant and my staff, my 20 employees who rely on me for their salaries, I don’t know that I’m going to have to get a lawyer and see what our next step is.’ 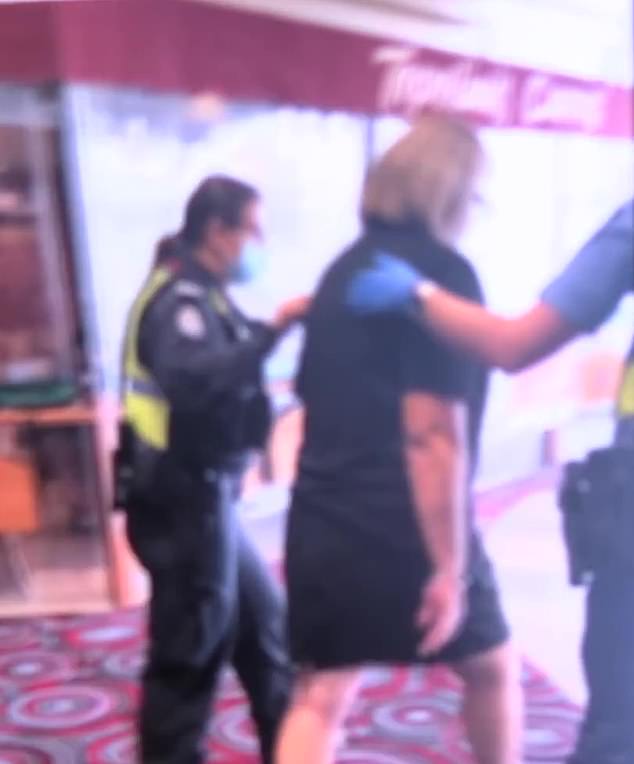 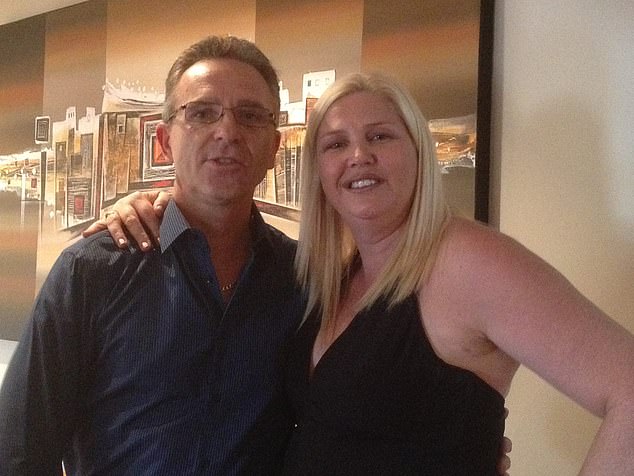 Under WA’s mandatory requirements introduced on Jan. 31, all hospitality workers in the state must be given a double dose or face heavy fines and even jail time. Pictured: Jodie and Phil Jardine

Police had attended the scene earlier in the day around 1 p.m., warning the business that it could not stay open with unvaccinated staff.

“Police have spoken to owners and staff and briefed them on their obligations under the Emergency Management Act,” she said.

“At around 5.30pm the police returned and found the cafe open and doing business. Staff were asked to leave the cafe and the cafe was closed down by the police. 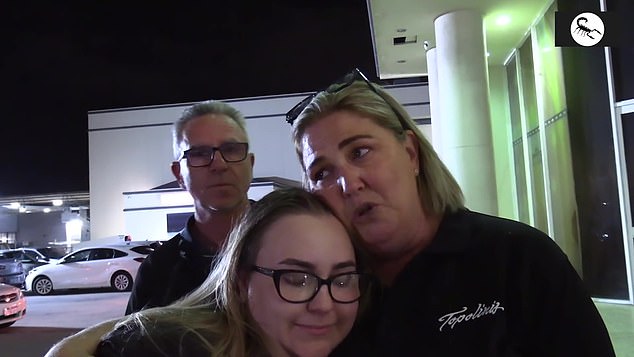 Police had attended the scene earlier in the day around 1 p.m., warning the business that it could not stay open with unvaccinated staff. Pictured: Jodie and Phil Jardine with their daughter 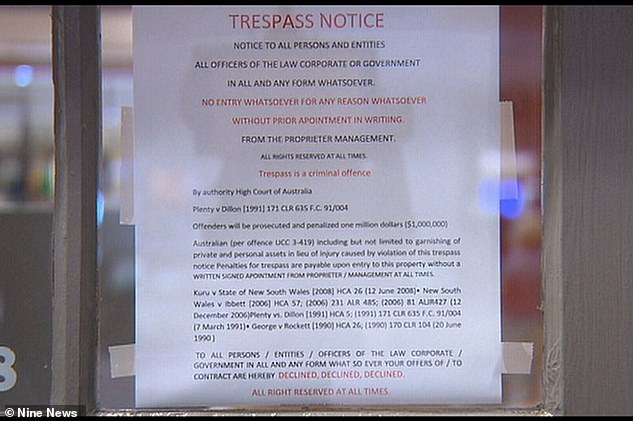 This message was placed on the door after the incident, warning that those entering the business will be ‘intruders’

Three other people at the restaurant were fined.

On Tuesday, Prime Minister Mark McGowan offered no apology for the police tactic, saying: “Well, it’s the law and people have to obey it.”

He also told Radio 6PR that he let unvaccinated diners into his restaurant.

The maximum penalty for violating the Emergency Management Act is 12 months behind bars and a $50,000 fine. For corporations, the penalty can be up to $250,000.