The state government has licensed food services with a set of guidelines, such as only allowing fully vaccinated people and 50% seats, but this is not fully followed.

At 12:30 p.m., the Old Skool rooftop is almost full. Five or six tables are lined up one after the other with small black partitions and green leaves hanging between them. The young people are distributed over their reserved tables. The restaurant is located on the Kuravankonam-Kowdiar stretch of Thiruvananthapuram, famous for its range of restaurants. Food services in Kerala were only allowed four days ago, and a weekday lunchtime brought 30 people to the restaurant at a strange time – well after breakfast, not quite lunchtime.

â€œWe mainly only allow reservations, so it won’t be crowded. And we only use the roof, so it’s in the open air. Since opening catering service, there are always reservations and the rooftop is full. We only allow one or two tables inside on the lower level if requested, â€explains an Old Skool employee.

It must have been a tough wait in recent months when all shops and services except essentials were closed after the second wave of COVID-19 hit Kerala. It had taken far too long for daily cases to even begin to drop by the tens of thousands. The government, in its guidelines for allowing on-site dining, mentioned full vaccination for anyone entering a restaurant, bar or hotel – customers and employees. He also said there was no air conditioning and only allowed 50% seating.

Restaurants and eateries, like most other industries, have not had it easy. Business declined even when online orders were plentiful. The Kerala Hotel and Residents Association (KHRA) had protested demanding that catering services be allowed as even schools were declared ready to reopen next month. After the first dose of vaccination covered 90% of the state’s population, the government finally gave the green light to allow dinner. While many outlets try to follow the protocol – masks, disinfectants, temperature control, etc. – many do not.

â€œI have been to three or four restaurants in Kochi and no such protocol was followed in any of them. No one has asked you for your temperature or your immunization status. There were also no attempts to restrict seating. Often at night, all the tables were full and crowded. However, all staff wear masks and disinfectants are kept outside restaurants. But no further verification is performed. One or two places also had air conditioning, â€says Sreekanth, an Ernakulam-based photographer.

Some owners seem to ignore the conditions that allow dining on-site, such as checking vaccinations or not turning off the air conditioning. â€œI didn’t know they said we had to check the vaccination status, but otherwise everything is fine here,â€ says the owner of a small restaurant in Thiruvananthapuram. There are only three tables in the restaurant and all of them have been kept a good distance from each other. However, the air conditioning remained on.

â€œI had meals in two restaurants in Vazhuthacaud since dinner was allowed. They did not check the immunization status or even the temperature. But they only allowed two people at each table for four, so you could say they followed the 50% capacity rule, â€says Vinod Kumar, gym instructor at Thiruvananthapuram.

The manager of one of these restaurants, however, said customers are asked about their vaccination status despite taking their word for it and not doing any checks. 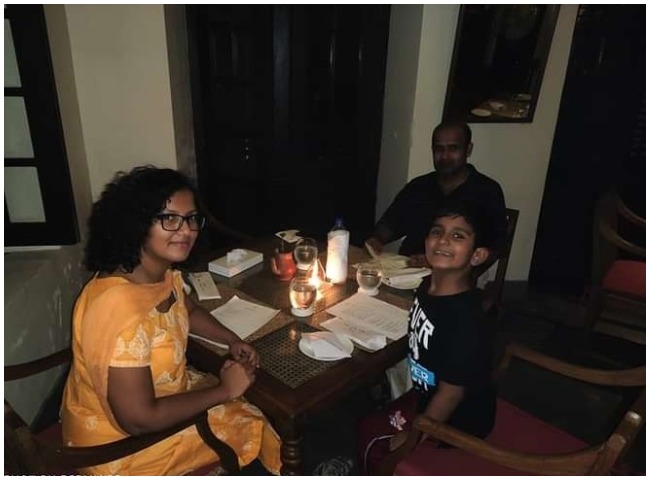 In another upscale restaurant, although a family member was asked for vaccination status, no certificate was required. â€œIt was raining, so they couldn’t open the outdoor facilities. However, they turned off the air conditioning inside the restaurant and left the windows open. They even gave us special paper blankets to keep our masks aside while we ate. There was a lot of space between the tables and all the restaurant staff wore masks, â€says Ammu Sreekumar, a technician, who went to dinner with her family of three.

The KHRA has asked all restaurants and hotels that depend on it to comply with state instructions to allow only 50% of seats for meals and to ensure that all staff are fully immunized. â€œHowever, we don’t know how convenient it is to see if all clients are fully vaccinated,â€ says B Vijayakumar, Thiruvananthapuram secretary general of KHRA.

Restaurants suffered a huge loss when they had to close for the second time in April, after the second wave of COVID-19 arrived in Kerala. â€œEveryone was starting to stabilize after the end of the first lockdown and business reopening. But in the last four to five months, stalling everything, business has been hugely affected. You have to pay your taxes and your electricity and water charges to keep the place running even though you can’t have people to eat inside. Many restaurants have downsized their staff, but for the few who stayed, you had to pay their salaries. Initially, even parcel service was not allowed except through online orders. And then the restaurants were authorized to deliver on site â€, explains Vijayakumar.

Kings Restaurant in Kuravankonam, a busy joint, has yet to open its restaurant services. â€œMost of the employees were fired when sales fell. Now we have to call them back and slowly start the catering services again, â€says an employee.

Even when food services opened, not all restaurants get the kind of rush they once witnessed. Paul’s Creamery, an ice cream parlor near Nanthancode in Thiruvananthapuram, does not have customers who dine at noon, although they do receive many orders online. â€œWe only used half of our seating capacity when we opened now. We check the temperature and write down the names and numbers of those who enter. We ask them for their vaccination details and they show us the certificates on their phones, but we can’t do more than that to verify it. However, not many customers have come forward since we started the catering service â€, explains Akhil, manager. 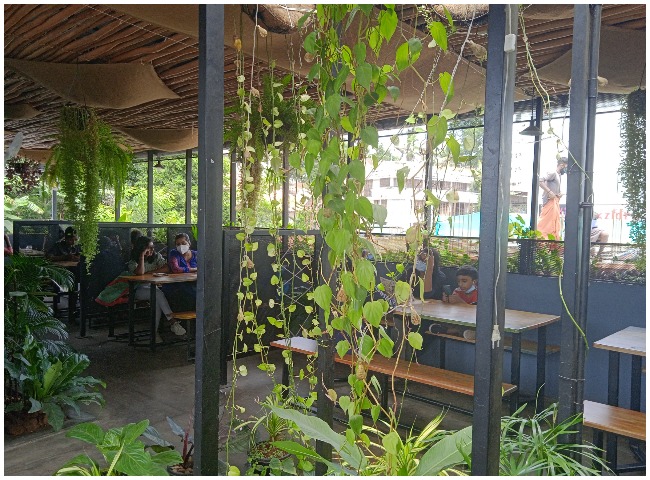 Paul’s Creamery, empty on a weekday

When Kochi-based writer Fatima went to a restaurant for dinner with her elderly aunts, she chose Haji Ali in Panampilly Nagar, mainly because there was no one else around at the time. Gautham, another Kochi resident of Palluruthy, said he also did not observe crowds at three or four restaurants where he had dined.

â€œPeople take their time to get used to it. Four days after the start of catering services, it is only gradually resuming. It is mainly young people who are ready to dine in restaurants, older people are more careful and slow down, â€explains Vijayakumar.

At Ovenly, a bakery-restaurant in Vazhuthacaud, all the alternating tables are occupied by young people on Tuesday afternoon. â€œThey have very few options for going out otherwise – the cinemas are still closed, the parks have just opened. I can accommodate 30 people at a time here, skipping a table in between. If more than four people come in a group, we provide a separate space in the middle of the hall, away from the others â€, explains Hema Edwin, the owner.

All of its staff were vaccinated much earlier when catering workers were counted among the frontline workers and allowed early vaccinations. â€œWe took other precautions such as using disposable plates and spoons, putting down sanitized cutlery covered with handkerchiefs, switching to disposable cups, maintaining more trash cans and disinfecting anyone who enter, noting their contact details, etc. All of our online deliveries are made via a separate take-out counter. “

Hema says business suffered greatly even when there were a lot of online orders during the lockdown, as 30% of the profits went to delivery agencies. Only direct orders or having dinner on site could bring them better profits.

Read: How ‘nokku kooli’ harassment continues in Kerala, 3 years after CM abandoned him